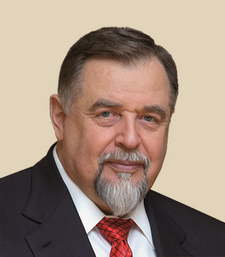 I greet you on behalf of the organizers of the International Congress «Surgery – 21st Century: Combining Tradition and Innovation».

The first Congress of Russian surgeons took place in December 1900, and even earlier, in 1885, the surgical section of the Pirogov congresses, that gathered every three years, was formed, which marked the beginning of the Russian surgical community’s unification.

It was more than a century ago. Recently all the sections of surgery have undergone significant changes: anesthesiology, surgical technique, principles and methods of care for surgical patients, diagnostic capabilities, surgical instruments and equipment – everything has improved. Due to the evolution of technology, today surgery is one of the fastest growing areas of medicine.

At the same time, like in no other medical profession, it is perhaps only in surgery that we feel a continuity of doctors’ generations. Modern surgery is based on the same approaches that our outstanding predecessors used: the continuous improvement of knowledge, the elegance of surgical technique, high humanitarion goals.

For that very reason that we named our Congress: «Surgery – 21st Century: Combining Traditions and Innovations». Today under the auspices of various professional associations of surgeons a number of scientific forums on various aspects of surgery are carried out in Russia. As our main task, we see the unification of surgeons of various specialties, the largest scientific surgical institutions, surgeons’ societies for open and fair exchange of experience, accumulated achievements, development of a common position on the most important issues of surgical science and practice.

Experts from all regions of Russia, CIS countries, foreign colleagues are invited to participate in the Congress. We hope that our Congress will be an outstanding event in the series of major medical forums and another glorious tradition in the history of national surgery.

President of the Congress,
Member of Russian Academy of Sciences, Professor Y. Shevchenko